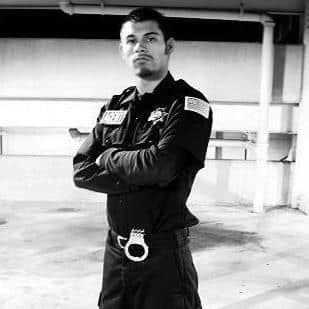 Bounty hunting dates back to 1873, when the US Supreme Court case Taylor v. Tainto determined that the person into whose custody an accused is remanded as part of the accuser’s bail has sweeping rights to that person, effectively making bounty hunters a part of the American justice system that still exists today. Bounty hunters played a huge part in frontier justice and the Old West, and tracking down criminals supplemented the incomes of many sheriffs and town marshals for many years. In the early days of bounty hunting, there were very few regulations on their behavior, aside from the fact that the payment the hunters would receive was halved if the fugitive was not brought back alive. Bounty hunters have since worked their way into the American imagination, from popular television shows such as Dog the Bounty Hunter or even the Star Wars trilogy.

Almost all bounty hunters are employed by bail bondsmen. If the fugitive is not recovered, the bondsman is responsible for paying 100 percent of the total bail amount, meaning that bondsmen are usually eager to recapture the fugitive. Bondsmen will partner with bounty hunters they know to have reputations for safely, fairly, and consistently re-arresting any “skips.”

Bounty hunting is actually outlawed in several US states, and is completely prohibited in most other countries, where capturing a fugitive—despite their broken bond—amounts to kidnapping. Some US states have virtually no requirements for bounty hunters, but there are a number of requirements and standards for recovery agents in Washington State.

Washington State bounty hunters must be at least 21 years of age and be US citizens or resident aliens. They must have no criminal convictions related to public safety or bail bond recovery, and posses either a High School Diploma, GED, or three years of work experience in the bail industry. They must also complete a certified state bail bond recovery agent training program, and pass the state exam with a score of at least 85 percent.

All City Bail Bonds partners with some of the most reputable bounty hunters in the state, and while some other bail companies will simply hire the cheapest recovery agents they can find, our selection process ensures the safe and fair recovery of any fugitives who have borrowed from us.

For more information regarding our recovery process, call All City Bail Bonds! We’re happy to answer any questions to ensure that everyone involved in our justice system understands the process.
Categories
Blog
Criminal Defense
Guest Post
How Bail Works
Jail News
Legal System
News
Snohomish County
Spokane County
Yakima County
Youth
Recent Posts
How To Move On After Spending Time In Jail
What to do when you get a DUI
How to prepare for your bail hearing
The consequences of not posting bail
How to prepare for the emotional roller coaster of having a family member in jail