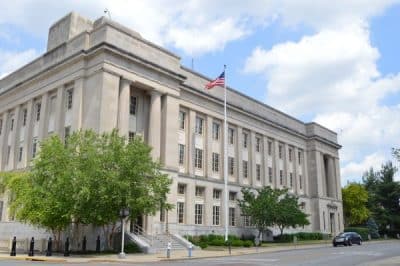 What happens when you go to jail?

No one ever expects to end up in jail, but the reality is that sometimes bad things happen, and people find themselves behind bars. If this happens to you, it's essential to know what to expect to prepare yourself for the process. The following article will give you a basic overview of what happens when you are arrested and go to jail.

When you are arrested, the first thing that will happen is the booking process. First, you will be fingerprinted, and your mugshot will be taken. This is all done to identify you and keep track of your criminal record. You will also be asked a series of questions, such as your name, address, and date of birth. Once the booking process is completed, you will be assigned to a cell.

After you have been booked, you will go through the intake process. This is when you will be assigned to a cell. You will also be given a chance to make a phone call.

A jail staff member will also interview you. This is done to determine whether or not you are a threat to yourself or others and to assess your mental health. You will also be asked about any medical conditions you have. The intake process is also when you will be assigned to a cell.

State prisons are operated by the state government and usually house inmates who have committed more serious offenses.

Federal prisons are operated by the federal government and typically house inmates who have been convicted of federal crimes.

Being released from jail

If you are lucky, you may be released from jail on your own recognizance, meaning that you do not have to post bail and can go free until your court date.

If you are not released on your own recognizance, you will have to post bail in order to be released from jail. Bail is typically set by a judge and is based on the severity of the crime you have been charged with.

You'll avoid this situation entirely by showing up to every court appearance. It's crucial to stay on top of your court case, and your bail bondsman can help you monitor these dates.

Your bail will be released at the resolution of your case.

Using a bail bondsman is often the cheapest and easiest way to post bail.

When you use a bail bondsman, you only have to pay a small percentage of the bail amount, and the bail bondsman will post the rest.

If you need help understanding the bail system for yourself or a loved one, give us a call for a quick, confidential, and FREE bail consultation at 1-800-622-9991

Categories
Blog
Criminal Defense
Guest Post
How Bail Works
Jail News
Legal System
News
Snohomish County
Spokane County
Yakima County
Youth
Recent Posts
What are your rights when arrested?
How do I know if I need a bail bonds company?
9 Questions You Should Ask Before Choosing A Bail Bonds Company
How long can you stay in jail?
What Is Jail Like?